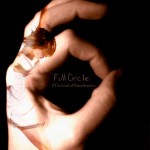 Chicago, IL – This isn’t your mother’s dance festival. Opening Thursday, February 23rd and running weekends through March 4th, come experience the Full Circle Danztheatre Festival at the Hamlin Park Studio Theater (3035 N. Hoyne) produced by the Adler Danztheatre Project. Join the city’s most innovative dance and danztheatre groups and artists – such as Diandra Jones, Perceptual Motion INC, Jay-son Dance Company, and Shawn Renee Lent – as they come together to perform a selection of pieces in two programs united under the title “Our Journey: The Untold Tales.” These programs blend elements of visual art, dance, narrative and music into groundbreaking performances that bravely interpret contemporary and political issues and promise to tantalize even the most die-hard dance enthusiasts.

Ellyzabeth Adler who performed a stage reading of Unraveling Bill at the World Can’t Wait benefit at the Heartland Café, will be performing on February 24th and March 2nd.  Everyone this evening was captivated by the story, now come and see it unfold on stage. Adler Danztheatre Project’s performance of Unraveling Bill will makes its onstage debut and uses narrative, visual media and dance to tell the story of a woman whose brother commits suicide after returning from the war in Iraq.

Program One, playing Thursday, February 23th and Friday, March 3rd at 7:30 pm, features Shawn Renee Lent’s Illuminations, a solo piece set to the music of Chopin, Perceptual Motion INC’s How to Keep a Secret in 5 Easy Steps and 3 Card Molly’s What’s Next Big Sky? that begs audiences to meditate on the future of the human species in outer space.  Performing at Full Circle this year is the legendary Nana Shineflug in a legendry world premier Hero's, Wickedness and Payback, a movement/performance exploration of the rise and fall of the Minoan civilization of Crete in the millenniums before the advent of Christ.

Program Two, playing Friday, February 24th and Thursday, March 2nd at 7:30 pm, features the work of legendary Chicago dancer Dianadra Jones who will perform the piece Shut Eye inspired by the debacle of Hurricane Katrina. “These groundbreaking pieces from this amazing array of artists represents the best of Chicago’s danztheatre efforts,” said Ellyzabeth Adler, Executive Director of the Adler Danztheatre Project, “I am proud to welcome each and every one of these groups to the stage.”
For young dance fans, the Full Circle Danztheatre Festival presents the program “Stories From Around the World,” a multi-cultural family dance program, playing Saturdays, February 25th and March 4th at noon. Designed for children aged 2 to 92 this collection of pieces uses a mélange of dazzling costumes, playful dance moves and circus techniques to retell myths, legends and stories from around the world. Among others, this program will feature the Korzatkowski Contemporary Dance Company’s piece In A Rut that blends puppetry and stilt walking to create an athletic and hilarious form of storytelling that is sure to amuse audiences both young and old.